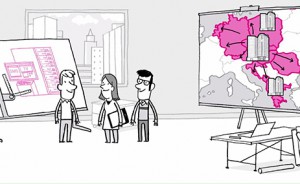 Deutsche Telekom has moved forwards with plans to build a pan-European network by opening the first production site for the project in Budapest.

The Hungarian development will be followed by the launch of two further production sites in Poland and Greece in 2017, which together with the Hungarian site will form the back-end of Telekom’s future European infrastructure.

The Hungarian facility will be fully operational and ready to run the first services for all European subsidiaries by the end of this year.

The company has a long-term project to migrate fixed and mobile services to a pan-European infrastructure that will simplify its operations and remove inefficiencies – Telekom currently operates up to 13 different TV platforms, for example.

Local operational subsidiaries will use the modular functionality of the infrastructure to create services for individual markets.

A new management group for Deutsche Telekom Pan-Net was set up in May last year, based in Bratislava, Slovakia, as the first point of contact for local units regarding the pan-European network. The unit is headed by Kerstin Günther, former SVP of technology, Europe, and Sven Hirsch, who is also leading the Pan IP transformation programme at Deutsche Telekom.