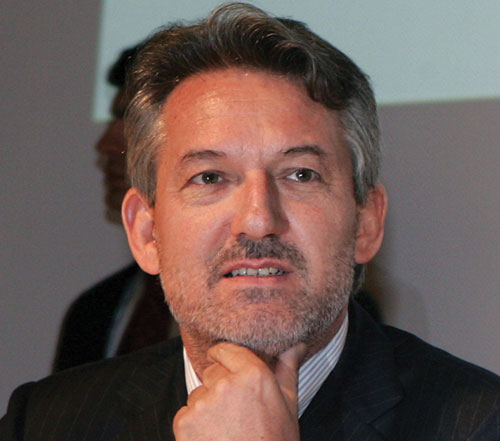 Virgin Media’s launch of parent Liberty Global’s EOS box and the rebranding of its TiVo-based advanced TV service under the Virgin TV name will mark “a very significant step-up” in its ability to deliver on-demand programming across multiple platforms, according to CEO Tom Mockridge.

Speaking on an analyst call after Liberty Global unveiled strong Q2 financial results at the end of last week, Mockridge said that Virgin Media plans to add new applications and services and “lift the breadth of programming” and the overall TV experience available to subscribers, “in a way that hasn’t happened since the TiVo box was initially launched”.

Virgin Media launched the new version of TiVo last week. The company plans to roll-out the EOS set-top box developed by Liberty Global as a next-generation consumer premises platform for all its operations later this year, with the TiVo UI, rather than the Horizon interface used by Liberty elsewhere in Europe, on it.

Also speaking on the call, Liberty Global president and CEO Mike Fries said that the 4K EOS box cost “much less” than the operator’s current Horizon advanced TV platform. He said that the box would be rolled out “wherever we can”.

Chief technology officer Balan Nair, on the same call, said that the EOS box would be rolled out across Europe and would also be introduced in South America. He said that the flexibility of the platform mean that Virgin Media could deploy the TiVo UI on it “one day” and “have the Horizon UI on the same box, the next day”.

Earlier on the call, Fries said that, while Liberty Global does not “support Brexit on a corporate level” and is strongly in favour of stability, it is “not actually that worried” about the consequences of the UK vote to leave the EU.

He said that there was relatively little risk of currency fluctuations in the UK and added that Liberty Global’s debts were hedged, while its operating and capital expenditure was largely denominated in sterling.

View Mike Fries’ Cable Congress interview with DTVE on Brexit, the challenge of delivering what Millennials want and fixed-mobile convergence, below.