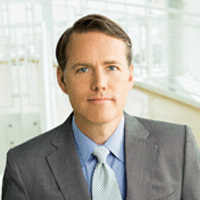 Discovery Communications has revealed that the Brexit vote has slowed down its international business, but has committed to the UK market.

The US firm yesterday reported quarterly and half year results that showed a decline in revenue and profit  from its international division, which accounts for almost half of its overall business.

The UK’s decision to leave the EU was one reason for the decline, company CFO Andrew Warren told analysts in the wake of the results. “While our international advertising growth has recently been slowed by unusual market factors such as Brexit,” he said.

While revenue from carriage deals for its channels is growing strongly, and will be further boosted by a series of new deals with Liberty Global, the Brexit vote has hit advertiser confidence, which has yet to recover.

“From a business perspective, we have not yet seen the recovery in the UK ad market that we had expected had the Brexit vote gone the other way, but it’s still early days,” said Warren, who earlier this year announced he was stepping down  at the end of the third quarter after five years in the role.

The UK business accounts for about 5% of company revenue, and a slightly higher percentage of overall ad revenue, and the Discovery exec added the company expects it to remain an important territory. “We’re continuing to monitor policy developments, but do fully expect the UK to remain a key market for us,” he said.

Noting the continuing impact of Brexit and the effect of the Olympics, whereby advertisers direct spend away from cable channels and to those covering the Games, Discovery said its third quarter will be “challenged”. It did, however, raise full year earnings per share guidance.

“Northern Europe was impacted by the UK’s lower ratings and softer demand due to uncertainty ahead of the Brexit vote,” Warren said. “Given softer ratings and the fact that this uncertainty has not lifted post the decision to exit the EU and [that] visibility remains limited, we expect an ad sales deceleration in the third quarter, which will also be impacted by the Olympics.”

Discovery also cited currency fluctuations as a reason for the negative international results, with the UK pound severely hit post-Brexit. It reiterated yesterday it has fully hedged against the weaker pound.

Discovery has a major base in London in which Discovery Networks International president J.B. Perrette and international programming chief Marjorie Kaplan  are based, has recently brought another key US exec to the UK as part of its focus on direct-to-consumer and digital services.

Mike Lang, the former MGM boss and like Perrette one of the execs behind Hulu, is now in the London office, charged with driving direct-to-consumer efforts.

Discovery president David Zaslav said Lang is building a D2C team and has brought in a number of “very strong people” as part of that, though these hires are yet to be announced. One goal for that team will be building the Eurosport Player app.

The company is bullish about its Eurosport Player and wider OTT prospects, in part because it owns almost all of its own content and is free to exploit it across platforms. In-house research shows there are 32 million OTT households in the big European markets and that if 1-5% of mobile subs took a US$8 (€7.15) streaming service, it could recoup between US$330 million and US$1.6 billion, excluding advertising and sponsorship.

International revenues and profit fell at Discovery Communications in the most recent quarter, with the US channels giant blaming currency issues and the disposal of part of its SBS Discovery radio business.

Sales from the international networks division were US$790 million for the three months to end-June compared with US$801 million in the same period last year.

Adjusted profit, also slipped, and was down 6% at the global division, taking the total to US$249 million.

While distribution revenues from the channels were up in the quarter and half-year, with Discovery pushing hard for higher affiliate fees, the international advertising business was down 8% year-on-year.

Discovery said that stripping out the effects of currency fluctuation and the disposal of the SBS Discovery Radio business to Bauer Media last year, revenues actually climbed 8% in the quarter.

Measured across the first six months of the year, international revenues were down 2% at US$1.5 billion, and profit fell by 10%, taking the total to US$434 million.

Discovery has placed international growth at the centre of its strategy, along with new digital initiatives.

Across the US-listed company, half-year revenues climbed 2% to US$3.3 billion and profit was up 3% at US1.3 billion.