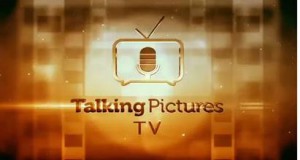 The channel has struck deals with Latest TV in Brighton and Bay TV in Swansea via its media sales agency Media15.

Talking Picture TV airs classic British movies on the Freeview and Sky platforms in the UK.

Sarah Cronin-Stanley, Talking Pictures TV managing director, said: “It’s a great endorsement of the channel’s appeal that Latest and Bay TV will be including Talking Pictures TV as part of their daytime schedule. It also means we’ll now be reaching even more viewers in these key areas.”