SES working with US cable operators on UHD TV trials 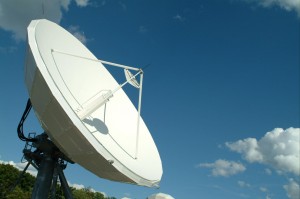 Satellite operator SES says it is working with a number of US cable operators to test 4K Ultra HD content across its network in preparation for UHD TV trials later this year.

SES has so far UHD trial agreements in place with  Cable America in Missouri, Golden West Telecommunications in South Dakota, MTC Cable in New York, Sjoberg’s Cable TV in Minnesota and ATMC in North Carolina. As part of the programme aimed at accelerating 4K delivery to homes across America, SES is shipping 4K/HEVC set top boxes to cable operators participating in the trials.

“As millions of cable subscribers increasingly press for 4K content on their new Ultra HD TVs, some of the smallest cable operators in the US are now leading the way to bringing Ultra HD to homes across the country,” said Steve Corda, vice-president of business development in North America at SES.

“SES’s breakthrough, fully-managed Ultra HD platform is enabling us to conduct the first-ever trials, which are bound to play a key role in the national and global rollout of Ultra HD.”