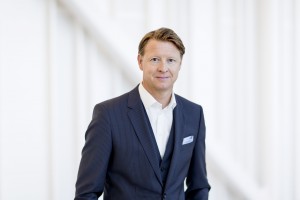 Ericsson is reportedly seeking a replacement for CEO Hans Vestberg, after the firm failed to meet market expectations and reported a drop in sales and profits.

According to a report in Swedish financial paper, Dagens Industri, Ericsson’s main owners and investors agree there should be a change at the top and that a new chief exec should be installed as soon as a replacement can be found.

Operating income was down 22% to SEK2.8 billion, missing a Reuters analyst average forecast of SEK3.0 billion.

Commenting on the results yesterday, Vestberg said that negative industry trends from the first quarter had “intensified”, impacting demand for mobile broadband, especially in markets with a weak macro-economic environment.

“We are delivering on ongoing cost reduction activities. However, in light of market development, management has, with the support of the board of directors, initiated significant actions to further reduce cost.”

Network sales in North America were stable, while the move from 3G to 4G contributed to “solid sales growth” in South East Asia and Oceania. Ericsson said that sales increased in TV and Media, driven by its compression business.

Vestberg said that going forwards, in relation to media, Ericsson would be “more sensitive” about which markets it would invest in.