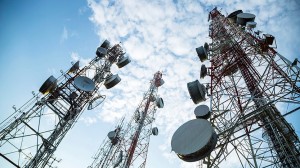 In a response to a BEREC consultation on net neutrality guidelines, the EBU said that the deployment of 5G mobile services should not be seen as a pretext to dilute the implementation of net neutrality rules.

The EBU also came out strongly against so-called ‘zero rating’ where internet service providers offer free access related to specific applications and services. The broadcasters’ organisation said that regulators should carefully monitor deals of this type, where organisations with large financial resources have the ability to negotiate preferential deals.

The EBU said that zero rating could have an adverse impact on media pluralism and distort competition.

The organsiation also called on regulators to prevent blocking of content and discriminatory practices based on commercial considerations, to implement measures that ensure that equivalent types of traffic are treated equally and to ensure that treatment of ‘specialised services’ does not have an adverse impact on internet access.

“We consider a robust net neutrality EU policy to be crucial for the development of an open and interoperable 5G technology platform. The implementation of clear and strong EU net neutrality rules can go hand-in-hand with a rapid deployment of 5G,” said EBU head of European regulatory affairs Nicola Frank.

“The implementation of net neutrality rules must not result in the creation of an internet ‘slow lane’ alongside internet ‘toll roads’ which are prohibitively expensive or restricted on the basis of the network’s strategic interests.”