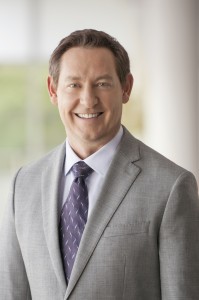 Media veteran Markus Tellenbach is leaving his post as president and CEO of Polish media group TVN, with Scripps’ international chief Jim Samples filling the role until a permanent replacement is found.

SNI said Tellenbach is stepping down without citing any reason for his departure, which comes 12 months after Scripps completed its takeover of TVN. The US company said Samples, president of SNI, will take over as the Warsaw based president of TVN until ‘until a new senior executive for TVN is appointed in due course’.

Scripps Networks Interactive bought a majority stake in TVN last year from ITI and Canal+ in a US$615 million deal announced in March and completed in July. It subsequently moved for full ownership of TVN, and completed that process in September.

When that deal was announced Scripps chairman and president Kenneth W Lowe praised Tellenbach, saying: “TVN has an incredible portfolio of channels and services, and has delivered consistently strong creative and financial performance under the leadership of Markus Tellenbach.”

Today he said: “Markus Tellenbach is an accomplished media executive who has positioned TVN for sustained growth in both the linear and digital businesses. We thank him for his leadership and collaboration since the acquisition by Scripps Networks, and for his service to TVN over the last seven years.

“Jim Samples has been instrumental in the success of our international business over the last year, and his deeper involvement in Poland will enable continued integration between TVN and ourwider global operations.”

Samples added: “TVN is a vibrant and growing company that plays a key role in Scripps Networks’ international growth strategy. This is a very exciting period for the company, and I’m looking forward to working even more closely with the management team and TVN’s employees over the coming months to continue to grow the business for the long term.”

TVN’s operations span free and pay TV and include the core TVN channel as well as digital offerings TVN 7, TVN Style, TTV and TVN24. It also owns a chunk of pay TV operator nc+. It also has the Player.pl OTT service in Poland.

Tellenbach is a veteran of the international media scene. He had been running TVN for seven years, having previously been at companies including SBS Broadcasting, Sky Deutschland and Kirch.