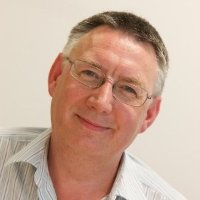 The BBC is tapping transmission services provider Arqiva’s UK digital-terrestrial capacity to extend its coverage of the Rio Olympic Games.

Under the latest agreement between the pair, Arqiva will carry an additional eight DTT service via its COM8 multiplex, helping the BBC bring over 3,000 hours of live coverage of the games to UK viewers.

The services, which will be in a mixture of standard and high-definition services, will be accessible via the BBC Red Button and available on Freeview HD, Freeview Play and YouView receivers.

The services will launch on August 5 and will be available until the end of the games on August 21. Viewers may need to retune their receivers to watch the additional services.

Arqiva’s two DVB-T2-based UK multiplexes have a reach of the 76% of the UK population.

“Rio 2016 is a hugely important event and we’re delighted to help support the BBC deliver even more coverage to audiences. We have a long history of supporting the broadcast of major sporting events, including Wimbledon and the World Cup, and this experience is reflected in the quality of service we provide,” said Arqiva director of DTT Mike Finchen.

“Today’s deal is also a good proof point for our COM8 multiplex, which will be at full capacity during the games and is another demonstration of the on-going value of the DVB-T2 multiplexes to DTT viewers.”