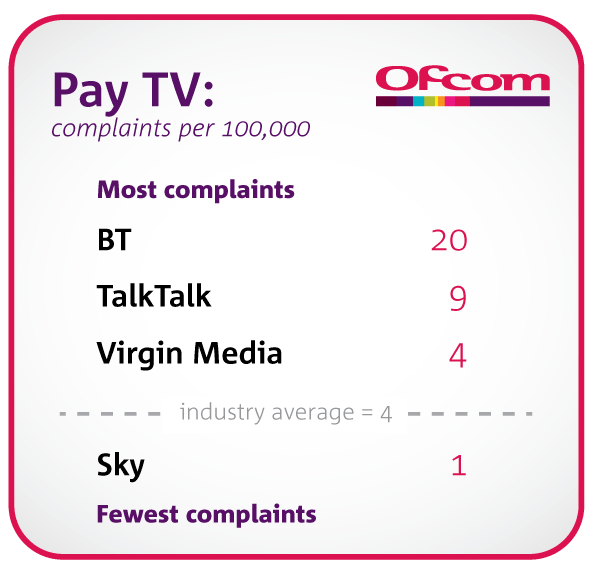 BT was the most-complained about UK pay TV provider in the first quarter of this year, according to data published by Ofcom.

Sky was the pay TV operator that garnered the least complaints, with Ofcom receiving just one per 100,000 customers – below the UK industry average of four per 100,000.