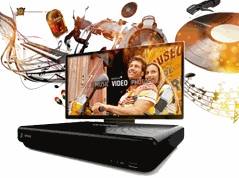 UK-based set-top box provider Amino almost doubled its revenues in the first half of 2016 compared with the same period last year, while adjusted EBITDA before exceptional items jumped by 30%.

Amino posted revenues of £33 million (€39 million) for the first half, up 84%, while EBITDA grew to £5.2 million. The company posted a loss of of £0.5 million after exceptional items of £3.5 million and  amortisation of acquired intangibles of £1.1 million.

The period saw Amino’s integration of its 2015 acquisitions Booxmedia and Entone. The company said it had made progress in selling equipment to Latin American operators as IPTV deployments expanded following deregulation, and had grown its business with North American second and third-tier operators.

In Europe, Amino said that its 4K UHD devices were gaining traction. The period saw a renewal of a contract with Vodafone Netherlands, while Dutch operator Delta launched cloud TV services based on its platform in May.

“This has been an encouraging first half performance by Amino.  Following the acquisitions in 2015, Amino has developed and launched an enhanced product offering, including a new 4K UHD device range, and it is pleasing to see the positive traction gained in our markets.  Revenue and profit before tax and exceptional items are in line with our expectations and the closing cash position is ahead of expectations.  We look forward to the second half of the year with confidence,” said Keith Todd, non-executive chairman.