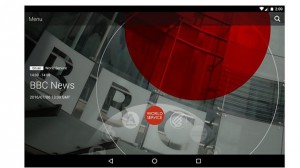 The BBC has launched its iPlayer Radio app in the Republic of Ireland, marking the first stage of a planned global rollout for the service.

The BBC said that the free app, which has been available in the UK since 2012, will “transform access to BBC Radio programmes internationally”.

International users will be able to listen to live radio, including the BBC World Service in English, catch-up on BBC Radio programmes and download podcasts.

“I’m thrilled the new BBC iPlayer Radio app offers another way for listeners around the world to find and enjoy our programmes, and take them with them wherever they go.”

James Montgomery, digital development director, BBC News and Current Affairs, said: “The new international BBC iPlayer Radio app makes it easier for audiences around the world to discover and enjoy the richness of our output – both live radio and to downloaded content.”

The BBC iPlayer Radio app is available now in Ireland for iOS, Android and Amazon devices. The BBC said it will “gradually roll out to other parts of the world”.

The BBC began trialling an international version of its iPlayer catch-up service in 2011, offering BBC TV programming on a subscription basis in a number of territories.

However, it permanently closed the service last year after announcing its intention to do so back in October 2013 as part of BBC Worldwide CEO Tim Davie’s vision for the future of the BBC’s commercial arm.