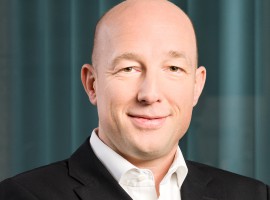 Speaking on a panel at the Warsaw event, Beberweil said Tele Columbus would launch its new TV platform later this year, supporting all devices with a feature rich offering including search and linear and non-linear content combined in one platform. “It is important to continue to develop traditional TV to the next phase.”

He said the operator would cooperate with third parties such as on the model of its deal with Maxdome. He said he “did not exclude” a deal with Netflix.

Beberweil said that Tele Columbus had been a consolidator in the market having acquired “the long tail” of the German cable market. “We are targeting roughly 10% of German connected homes. We can continue to [consolidate] but the targets are getting smaller. We are also targeting housing associations,” he said.

Beberweil said that Tele Columbus is now focusing on integration and synergies following its acquisition of Primacom and Pepcom. The company’s second priority is consumer growth, particularly building its broadband base, he said.

Beberweil played down Tele Columbus’s mobile plans. He said that convergence in Germany had not been very successful so far. “Customer behaviour isn’t leading the way to urgent action,” he said. Tele Columbus had instead focused on the fixed network, although it had formed a mobile partnership with low cost provider Drillisch “as a defensive move”, he said.