Sky Germany and Italy will ‘never’ be as successful as UK 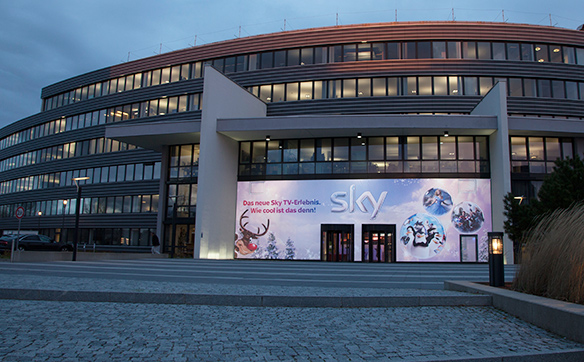 Despite Sky’s bullish assumptions about the potential for pay TV growth in Germany and Italy, neither market “will ever be as profitable or successful as in the UK because the market structure in those two territories is different”, according to an analyst note by Berenberg.

Issuing a ‘sell’ recommendation on Sky, Berenberg said that consensus expectations of profits for Sky’s Italian and German operations had dropped steadily both before and after the UK pay TV group acquired them.

In a downbeat assessment of Sky’s prospects, the research outfit said that the rise in top-tier football rights costs in the UK and Germany, as well as the rising cost of movies and series will not be matched by future synergies.

“These two companies [Sky Germany and Italy] operate in markets that are very different to the UK, and despite the best efforts of previous management teams operating under the News Corp/Fox umbrella, their financial performance has been disappointing,” Berenberg said.

“Management may argue that in Italy, for example, there has been recession, and that the business has been relatively stable given this backdrop, but pay TV is generally mooted as a defensive business, so this argument is somewhat specious, in our view. Meanwhile, in Germany the business has vastly recovered in terms of subscribers, but profitability recovery has been much slower than expected.”

Berenberg also argued that “the price of keeping customers happy with an ever improving offer” will be higher than expected. It described the consensus opinion group operating expenditure would grow by only 1% in 2017, rising to 1.6% in 2018, excluding the rising cost of football rights, as “far too optimistic”.

The research group also said that Sky’s advertising business and its debt burden would be adversely affected by Brexit. Ad revenues, which currently account for 30% of UK operating profits, are likely to decline in the short term, while 70% of Sky’s debt is denominated in euros, meaning that the burden will rise in Sterling terms. The decline of the pound versus the dollar will also likely lead to increased programming costs, Berenberg said.