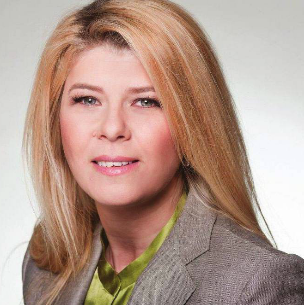 Liberty Global is looking to further consolidate the cable industry in central and eastern Europe, with a particular focus on the Polish market, according to group executives speaking at Cable Congress yesterday.

Speaking on a CEO panel at the event, Severina Pascu, CEO, CEE, Liberty Global, said that the main challenge facing operators in central Europe is market fragmentation. “The opportunity is consolidation. We are 22% in Poland and 55% in Hungary, but we want to go higher. Our big opportunity is to build scale,” she said.

Pascu said that central and eastern Europe is a low ARPU region. However, she said that with the right messaging it is possible to grow revenues in this region.

UPC Poland’s CEO, Frans-Willem de Kloet, speaking on the same panel, said that the Polish unit currently had the lowest percentage footprint in the Liberty Global group. “The name of the game is consolidation,” he said. “It is a very dynamic market with high growth. We have high ambitions for Poland.”

He said that Poland still had 500 operators. “To bring innovation we need to have more scale,” he said. De Kloet that the company would also invest in expanding its network in the country, with a target of reaching a further two million homes to take its total to five million homes passed.

“We are also looking at acquisitions but I also wouldn’t rule out partnering – using other people’s networks to reach new customers,” he said.

Some operators, notably fourth-placed Toya, have sought to strike deals short to provide services to smaller operators, rather than buy them outright.

There has been considerable speculation recently that Liberty Global would acquire Multimedia Polska, which would give it close to a 50% market share.

Separately, Pascu said that Liberty Global believed in the value of bundling, including bundling of fixed and mobile services, which encourages subscriber loyalty. She said that mobile would also be “an enabler” for mobility of entertainment services.

“Through the fixed service we are also extending mobility inside the home via WiFi. Fixed mobile convergence is real and customers want it,” she said.

Pascu said that she didn’t believe Liberty needed to own an MNO in the region, however.

On the TV side, Pascu said that Liberty Global planned to make its Horizon advanced TV service available across the region by the end of this year.

De Kloet meanwhile said that Horizon had “sold quite a few [Horizon] boxes” in Poland. He also said that if Netflix became relevant for the Polish market, then Liberty Global should supply the service via its advanced TV platform.