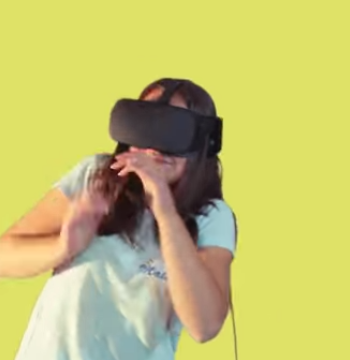 Cable operators are cautiously assessing the potential of virtual reality – in in some cases experimenting with the format – but multiple obstacles make it unlikely there will be a rush to launch services, Cable Congress attendees heard yesterday.

Speaking on a panel on virtual reality, Emma Svalin Sahlman, acting CTO and director of operations at Swedish cable operator Com Hem, which recently launched a VR experiment, said that there is a shortage of VR content.

“We don’t want to have the technology in place and the apps in place with no content to consume. We need to move beyond the gaming world,” she said.

Com Hem Play VR is a proof of concept development that is part of its aim to improve customers’ TV experience and explore new potential platforms.

Visitors attending the DreamHack Summer 2016 event in Jönköping, Sweden this month were able to try out the technology, which will allow them to watch Com Hem Play from a virtual living room environment.

Svalin Sahlman said that operators had to invest in their networks including in-home WiFi “whether VR is coming or not”. She said however that VR fitted very will into the overall portfolio of high-speed services. Svalin Sahlman said that Com Hem was primarily focused on the consumer play, both with regard to VR and other applications.

However, she stressed that the operator was at a very early stage of thinking about how VR might be part of its portfolio of services.

“Whether Com Hem is going to provide a VR package or seats at live event, I don’t know – it’s possible. We may also package it with broadband as a product that adds value, but I still don’t know what our place in the ecosystem would be yet,” she said.

Speaking on the same panel, Ankur Prakash, VP, Liberty Global Ventures, said that operators would be forced to invest in in-home WiFi to suport VR and other applications. He said that Liberty is investing in WiFi in general to support applications like this. However, he said that how VR might fit into the portfolio of services offered by cable operators was still unclear. He said there was little evidence, for example, that consumers wanted to choose their point of view in live sports.

Prakash said that, for the market to fulfill its potential, consumers would be expected to spend about 30 minutes a day in a VR environment. While this is possible for applications like  gaming, it is less likely for entertainment content, he said. However, if social engagement can be made a significant part of the VR experience, this could help drive take-up and use, he added.

Also speaking on the VR panel, Alain Nochimowski, EVP of innovation, Viaccess-Orca, said that there is a big opportunity to use VR for live events and premium sports. However, its effectiveness depends on the content and the format could not be applied indiscriminately, he said. “We were involved in two projects, one involving a soccer game and the other basketball. The cameras gave totally different effects. In the soccer game you could hardly see the players but with the basketball match you had a pretty good experience,” he said.

Another challenge is video quality, he said. “You need good compression and good quality and we are working on this – you need to be able to see the ball.”