Cable Congress: future of TV is not apps 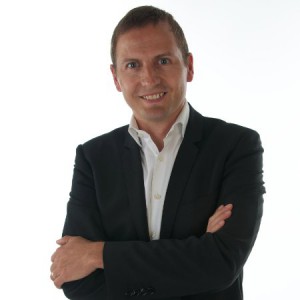 The future of TV does not lie in apps – as predicted by Apple CEO Tim Cook last year – but instead rests around content, delegates at Cable Congress in Warsaw heard yesterday.

Speaking on a panel titled ‘what would it mean if apps really are the future of TV’, Telenet’s vice-president product connectivity and video, Dann Rogge, said that he disagreed with Cook’s “apps represent the future of TV” claim, which the Apple boss made following the launch of the fourth generation of Apple TV in October.

“The future of TV is content,” said Rogge. “It’s our present, it was our past, it will be our future. Apps can play a great role in enriching that experience and in supporting this and we believe our ecosystem is a great way to have apps and utilise that, but it’s always content-centric.”

Speaking on the same panel, AMC’s executive vice-president of global programming and operations, Harold Gronenthal, said that though the company is company is experimenting with the likes of stand-alone online horror service, Shudder, its strategy is firmly based around supporting operators.

“We’ve spent a great deal of time with the platforms and their operators, providing them content, providing them rights to utilise on effectively their apps, for their customer who are of course our customers,” said Gronenthal.

“Others, as you’ve shown – HBO, CBS, others who have a much more independent path to customers, to viewers – have, I think, bypassed the platforms. We feel very strongly that we’re here to support the platforms.”

Referring to Shudder, he said the “experimental” over-the-top service is still in beta mode and is being set up separate from AMC so that the company is “not taking anything away from the platform”.

“We looked at that genre which we knew we did pretty well and are dipping our toe in the water, shall we say, to figure out how to do it, whether or not a genre-based app like that will work,” he said.

Also on the panel, Tomasz Zuranski, CEO of Polish operator Vectra, said that viewers still crave simplicity and entertainment, and that the TV set remains the main way for accessing this.

“In Poland it’s a small fraction of people using applications. Apps with content, films etc. are popular, but still it’s not a key business, it’s not the most time people are spending watching content,” he said.

Zuranski added that it is about what operators can make available to people: “We create the market and then the way of consuming content.”