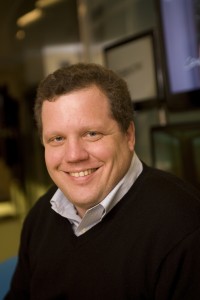 The rise of eSports has been the fastest-growing phenomenon ever in sports broadcasting but traditional broadcasters may struggle to tap into this market, Cable Congress attendees heard yesterday.

“I’ve never seen anything move this fast in our industry from a content point of view on the sports side. The closest thing maybe was the rise of say the UFC, but I’m just amazed at the speed that it [eSports] has come ahead.”

Speaking on the same panel, Jon Drakes, senior account manager at media agency OMD, likened eSports to Champions League football in terms of the number of viewers that each can attract.

Indeed, in December last year the League of Legends World Championships claimed that the cumulative number viewers tuning in each day via online and TV channels reached 334 million over the four-week tournament. By comparison, official UEFA stats said that the 2015 Champions League final had an estimated global TV audience of 180 million in some 200 territories and a total estimated reach of 400 million viewers.

Warren Packard, CEO of Thuuz Sports – a company that monitors live sports and delivers metadata to operators, broadcasters and rights holders – agreed that eSports is “going to be huge… it already is huge!”

“It has all of the benefits of professional traditional sports in terms of teams, personalities, different playing styles, strategies and everything wrapped around this. It’s going to be another inspiration for this market,” he said.

However, the panel was split over whether or not traditional sports broadcasters will be able to break into the burgeoning eSports market.

Packard said it was “too big an opportunity” for them to miss out, but OMD’s Drakes said he believed eSports will “stay as digital media” adding: “I don’t think we’re going to see suddenly older demographics really getting into eSports”.

Discovery Communications’ vice-president sports, CEEMEA, Sascha Kojic, said it is yet to be seen whether eSports can make its way to traditional linear television, as its massive success so far has all been digital – a realm that lets young viewers immediately exchange messages about what they are watching online.

“I think it will stay digital – why not? This is the future, we all know, and it will definitely grow, I fully agree,” said Kojic.