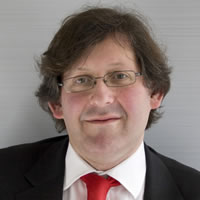 UK-licensed European channels face a period of uncertainty after last night’s Brexit vote, according to industry sources. Hundreds of networks within the European Union are licensed out of the UK by communications regulator Ofcom.

With UK voters opting to leave the EU, the status of these licences, and how the channels will ensure their licences are valid in member states remains unclear

Ofcom could not immediately clarify how many channels are UK-licensed and operating in EU territories, but there are thought to be several hundred.

Member states are required to recognise the licences as the UK is a fellow member state, but as the country sets about withdrawing from the EU one source said the situation for channels was ‘confusion upon confusion’.

There are various possibilities in terms of ensuring the UK-based channels can continue to operate such as bilateral trade agreements, general agreements (GATs) on trade services as operated by the World Trade Organisation, or a Norwegian model whereby EEA membership gives access to the EU internal market.

Amid the uncertainty, one legal expert said a Council of Europe convention on Transfontier television could ensure channels can continue to operate in EU territories.

Olswang partner John Enser said the Council of Europe agreement is outdated, but should offer the the UK channels some guarantees regarding their transmission in Europe.

“It is similar to the original TV Without Frontiers directive, although is old fashioned in the sense it doesn’t cover on-demand services and may have different requirements on ad minutage,” Enser said. “But it does have the same broad principles, and the geographical reach is the same.”

The challenge for UK channels groups is likely to come from ensuring their staff can move quickly and easily throughout the EU.

“If groups doing the [channel] distribution deals are based in London and start to need work permits and visas to travel you could see groups start to relocate elsewhere,” Enser said.

Channels and industry groups, meanwhile, are weighing the consequence of the vote for their operations, and few were willing to comment publicly today.

Bertelsamann, parent to channel operator RTL, was one that did react officially and said it regretted the Brexit vote. “As an international company with a strong presence in the UK as elsewhere, Britain’s impending exit from the EU raises political and economic uncertainties for us all,” Bertelsmann said.

“Irrespective of the Brexit decision, the UK, as our fourth-largest market, remains very important to us. Bertelsmann generates revenues of around €1.7 billion with 5,500 employees in the UK, and will continue to invest in its businesses there.”