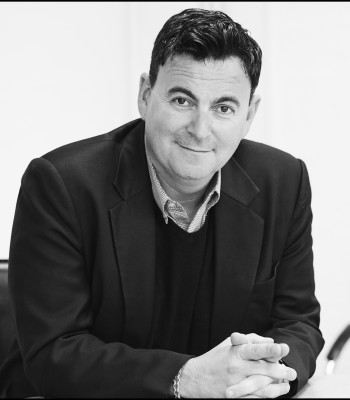 The TV industry is overwhelmingly backing Great Britain to remain in Europe, as the country’s public today vote on whether or not to leave the European Union.

Numerous other industry figures have come out in support of remaining. These include Sony Pictures Television’s format chief Wayne Garvie, former BBC director of television Danny Cohen and industry veteran Lorraine Heggessey, while Barbara Broccoli, Nira Park, Matthew Vaughn and David Heyman are among those from 23 major producers to sign a letter warning against a leave vote.

In general, TV companies believe their business will be negatively affected by a leave vote, with many suggesting international coproduction will be hit by such a result.

“Brexit would not only be commercially bad news for British producers but creatively too,” said Zig Zag Productions CEO Danny Fenton. “Subject matter would naturally become more narrow and likewise the potential for co production with European Broadcasters would follow suit.

“The European Broadcast Union of which the UK is part, controls everything from Eurovision to the Euros and is supported by the EU. If Brexit happens it will directly affect what we watch and what British broadcasters can afford to fund unilaterally.”

British producers’ body Pact does not officially have a position on the vote, but told DTVE sister title TBI a poll of its members showed 85% wanted Britain to remain in the EU, with the rest backing an exit.

K7 Media, the Manchester-based programme trends analyst, said that it “goes without saying” that companies whose business is largely international and with many European partners would support staying in the Union.

“Part of the purpose of that community is to support trade. Our business has never been exposed to any of the so-called red tape espoused by the Leave campaign: for us, trading within Europe is seamless,” said K7 managing director Keri Lewis Brown.

“The creative industries are, undoubtedly, an important part of the UK economy. We must not put any barriers in the way of those companies competing on an international basis. I will be voting to remain.”

K7’s projects director, Phil Birchenall added the EU had made “vast” investments in training and development of UK creative industries. “Are we really convinced that such investment would come directly from a UK government in the outcome of a leave decision?” he said.

Earlier this week, Argonon Group became the first UK-based production company to come out in support of a remain vote, saying “it is a powerful and distinct advantage for the UK to be seated at the top table of one of the world’s three largest economies – Europe, USA and China”

Argonon pointed to Pact stats that show a third of all UK programme exports, worth £330 million go to Europe; and suggested it would be harder to raise finance, coproduce and compete for international talent with EU creative and media funding.

“I am a passionate Brit and I love Britain,” said Argonon CEO Burstall. “I also feel a personal, professional and moral responsibility to make our view clear because I believe this to be in the best interests of Argonon and its people, the UK film and television industry and indeed the UK as a whole.”

The debate over Britain’s place in Europe has become increasingly bitter, with the result having lasting ramifications for Britain.