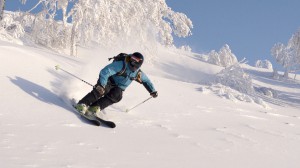 At XTreme, Bywalski will lead development of the company’s US presence in addition to managing all media activities including marketing, communications and digitisation.

Bywalski has also recruited Dan Aufhauser as director of media and business development for the US market, responsible for establishing brand content partnerships, developing the digital advertising business, and implementing marketing-sponsorship campaigns.

XTreme Video is turning its attention to the US market after establishing itself in Europe, the Middle East and Asia, with offices in Biarritz, Dubai, London, Paris and Shenzhen.

The company said it was ramping up production of its original 4K content and 360° virtual reality programming in 2016. The company is currently working to bring more 360° VR experiences to audiences through partnerships with companies including Satori Factory – on ‘speed-flying’ or ‘free-flying’, Christopher Chann – skateboarding – FISE – European extreme sports events and recently-launched sports outfit SFR Sports.