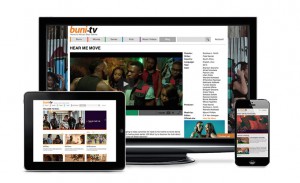 Trace has acquired African subscription video-on-demand service Buni.tv as it gears up to launch its own Trace Play SVOD service in Africa later this year.

Buni.tv CEO Marie Lora-Mungai confirmed the deal in a Facebook post, describing Trace as an “ideal” and “forward-thinking” partner.

“Trace and Buni.tv share the same strategic vision in that we believe that VOD is the future of television,” said Lora-Mungai.

“We also share the same analysis that the success of any VOD service in Africa will depend on whether it can source and offer high quality original African content.”

Following the launch of Trace Play, Buni.tv will “be moved under and hosted by that service,” though customers will not notice any changes in the next couple of months, according to Lora-Mungai.

Eventually the Trace Play and Buni.tv will fully merge and current subscribers to Buni.tv will get access to the full Trace Play catalogue, which is due to include thousands of hours of African and international content at launch.

Speaking to DTVE at MIPTV in April, Trace CEO Olivier Laouchez said that the millennial-focused Trace Play service will start to roll out globally from June.

The SVOD offering will launch first in France, Switzerland, Belgium, and other French speaking territories in the Carribean, and then go live in the UK and US between two weeks to a month later.

Eventually it will be available in more than 60 countries in Europe, the US, the Caribbean and Africa in both English and French, with a Portuguese language version also in the works.

Laouchez said Trace Play will include 4,000 hours of programming – some of it original and exclusive. Trace will offer content produced for its Trace Sports Star and Trace Music Star channels on the SVOD service and its linear music channels will also be available to watch on Trace Play. He also described it as “the most important project that we are launching this year”.

Buni.tv launched in 2012 was among the first VOD platforms to focus on the African market. It now claims to be among the continent’s top three SVOD services alongside Iroko TV and Nasper’s Showmax.

Currently users can sign up for free and get access to more than 500 videos. For US$4.99 per-month viewers can get access to all free and premium movie and TV content. A US$12.99 three-month plan and a US$49.99 annual plan is also available.