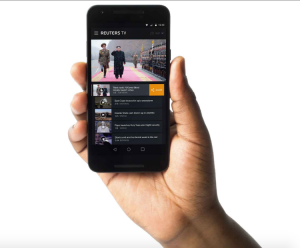 Reuters has launched version 2.0 of its mobile and online TV news service, Reuters TV, which includes a “major redesign” on both Apple TV and the web.

Reuters said that the new version of the service introduces featured programs – thematic programs curated and hosted by Reuters journalists – alongside live feeds of global events and personalised video newscasts.

It said that with its redesign it aims to “set the standard for premium online video delivery”, with Reuters TV managing director, Isaac Showman, commenting that it “brings us closer to our vision of deconstructing the traditional TV news experience and reimagining it for today.”

Reuters TV first went live in February 2015 and is available for iOS and tvOS devices on the Apple App Store, Android devices via Google Play, and on the web globally at Reuters.tv.