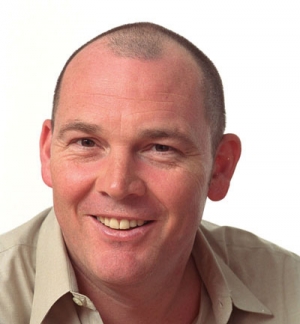 Regional broadcasters face multiple challenges in launching local SVOD services in CEE, but may have an opportunity to experiment with new on-demand windows for content that is created for free-to-air broadcast, according to a panel of broadcasters at the NEM event in Dubrovnik, Croatia.

Pete Smith, managing director of Greece-based pan-regional broadcaster Antenna Group said he had the ambition to get SVOD across the ground with local language content ahead of Netflix getting its act in gear. “We need to get some of these services up and running in CEE as fast as we can,” he said, while admitting that such an offering faces significant challenges.

“We can now get a player off the shelf for a fairly modest price. The key is to get a good local offering, but getting the US content there is almost impossible without writing a huge cheque,” he said.

Antenna has launched an online player in Greece that shows forthcoming episodes of its drama content for €1 an episode. “Our early success with this little experiment has given us some hope,” he said.

Smith, like other members of the panel at NEM, admitted that it would be difficult to create content specifically for an SVOD service in the region. He said that providing local content that “can be monetised in a number of ways rather than purely via SVOD” could work, on the other hand.

Smith told DTVE there was limited scope for regional cooperation on SVOD, but added that there could possibly be some scope to aggregate content licences on a regional basis.

Henning Tewes, CEO of Croatian broadcaster RTL Hrvatska said that advertising-based VoD is the most fruitful service for growing revenues and that SVOD would be difficult to make work economically.

Tewes said that commissioning local drama means paying €1 million a season, which is challenging. “I can’t see in the near future that there will be a regional SVOD player based on local content,” he said.

While creating content specifically for SVOD would not work, local players could create a window for free-to-air content on SVOD, he said.

Tewes said that the threat posed by Netflix was highly dependent on local factors, and appeared to be influenced by preferences in relation to the way content is localised.

He said that RTL’s Dutch operations had come under pressure from Netflix, which now has 1.5 million users out of seven million homes in the Netherlands. “However, in Belgium that is not the case. These are similar markets, but Netflix has not taken off. In the Netherlands linear viewing is going down but in France and Belgium it is stable.”

He said that markets that prefer subtitling appear to adopt these services more quickly, in part because content can be localised more quickly and at lower cost. However, in dubbing markets global players like Netflix face an uphill struggle.

Also speaking on the panel, Gabriella Vidus, CEO, RTL Hungary, said that getting support for AVOD from Hollywood is “almost impossible” and RTL has concentrated on local content. She said that viewers in the region in any case look primarily for local news and drama rather than second tier US content. However, she said, SVOD was challenged by the small size of the markets. “There is no regional local content. We are all very different markets in this region. We need to look for partners in digital, but there is a need to overcome a lot of cultural barriers,” she said.

Vidus said that channel providers’ biggest competitor in relation to SVOD is often their own distribution department, which can make more money by selling to third-party providers.

In relation to the wider threat presented to broadcasters by digital platforms, Vidus said that piracy was the major issue.

“Piracy is huge in Hungary and viewers have a lot of freedom of choice,” she said. She said that broadcasters are trying to make content easily available for everyone so that it is not pirated and making it attractive enough so that people don’t go to pirate sites. However, making people pay is much more problematic, she said.

She said that competition for advertising revenue from internet companies is also a serious issue for broadcasters. Vidus said that over half of digital advertising in Hungary went to Google and Facebook. “We were more worried about them in terms of content acquisition but none of Hungary’s linear broadcasters have deals in place with YouTube. We hear that there is a new business model coming but we have not been pitched yet. We will use YouTube only if there is a business model behind it. As a marketing platform it is simply not working for us,” she said.

Addressing the issue of piracy, Tewes said that cable and IPTV operators could do more to combat it. “I think it would be relatively easy for them to do it, but they don’t want to do it,” he said.

Tewes said that Google and Facebook also dominate digital advertising in Croatia but TV gives a lot of transparency and accountability by comparison with online. “We have to defend the value of TV spot advertising,” he said. Online viewing is only 1% of linear TV viewing in Croatia, he said.

Smith said to combat piracy needed a more supportive legislative environment that is enforced aggressively, which is not a priority for many governments in the region. However, providing a clean, easy to use site with early windows, in combination with legislative action, could help, he said.

In relation to the threat presented by internet companies, Smith said that content “can be chewed up very quickly at a very low price” by YouTube. “I think we have to very careful about chewing up our content online at a very low price.”