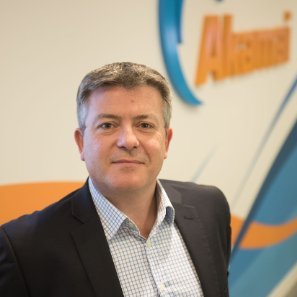 The Euro 2016 football tournament will generate double the amount of peak online streaming traffic compared to the 2014 World Cup, according to CDN provider Akamai.

Revealing stats and predictions ahead of England’s group-stage match against Wales, Akamai’s director of product marketing, media solutions, Ian Munford, said that so far in the Euros the maximum peak traffic for streaming matches was 4.03 Tbps – a figure that will “no doubt” be surpasses as the tournament progresses.

“We’re expecting to see peak traffic for Euro 2016 hit the 10-13 Tbps. So in two years we’re actually seeing a doubling in traffic,” said Munford, adding that prior to the Euros, the 2014 World Cup was the biggest online audience the content delivery network (CDN) services company had delivered.

Akamai logged 7 Tbps in peak traffic during this tournament – an indicator of both audience size and the resolution of video being streamed.

Prior to yesterday’s Euro games, the peak audience that Akamai has recorded so far during Euro 2016 was 1.63 million people for Sunday’s Germany vs. Ukraine match. The top countries so far for streaming the matches are Germany, France, US, UK and Turkey, though this may change as fewer countries remain in the tournament during the knock-out stages, according to Munford.

He also said that “about 45% of the audience are watching what we would classify as being high def resolutions – 3Mbps and above. In fact the vast majority of that 45% is the upper echelons of about 3.5 Mbps, so it’s real high def.”

The news came as the BBC revealed that yesterday’s England vs. Wales match resulted in 2.3 million unique browsers watching the game online – more than double the BBC’s previous digital record.

A peak audience of 9.3 million people tuned in on BBC, while an all-time high audience of14.6m unique global browsers visited the BBC Sport website on Thursday to follow coverage – though not necessarily live footage – of Euro 2016, according to the broadcaster.