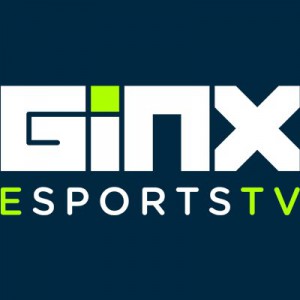 Sky and ITV have partnered with video gaming TV network Ginx to relaunch what they claim is the UK and Ireland’s only 24-hour eSports TV station.

GINX eSports TV is due to go live on the Sky platform on June 23 and ITV and Sky are expected to take minority stakes in the business to support its growth.

The launch marks a rebrand of the Ginx TV channel, which was previously available via Virgin Media in the UK.

GINX eSports TV will be available on Sky channel 470 in the Sports section of the Sky electronic programme guide. Outside the UK and Ireland it will be distributed to Ginx’s established footprint of 23 million households, giving it an estimated reach of 37 million homes.

“Complementing online streaming, with an entertainment-led approach, the launch on Sky and the rebrand across all our 37 million households allows us to help new audiences discover eSports and hopefully gives core fans a fresh perspective,” said Bakker.

He added that “the prospect of Sky and ITV joining our shareholder roster” presents a “significant opportunity for us to make a bigger impact, faster”.

GINX eSports TV will showcase major eSports tournaments from around the world – such as Turner’s ELeague tournament and FACEIT‘s eSports Championship Series. It will also air independent programming and has content partnership deals in place with Riot, Activision, EGL and Gfinity.

Sky’s group director of business development and strategic partnerships, Emma Lloyd, said Sky was looking forward to “developing a channel which will capture the growing appetite for eSports” and said the partnership with Ginx and ITV will “help us develop our understanding of eSports and its audience”.

Simon Pitts, ITV’s managing director of online, pay and interactive said the deal with Ginx and Sky is part of its strategy to “target younger audiences, develop new programming genres and expand internationally.”

“eSports is experiencing phenomenal growth and Ginx’s vision is to bring together two incredibly popular forms of entertainment – gaming and television – to create a unique, global proposition,” said Pitts.