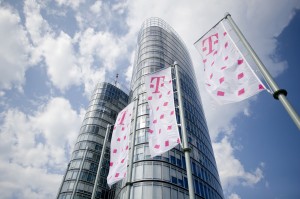 Growth in demand for non-linear and multiscreen viewing is leading to a growing disconnect between channel providers and TV operators, according to a panel of operators and content providers at the NEM.

Speaking at the event in Croatia this morning, the operators on the panel called for more focus on providing comprehensive rights to cover all use cases and more flexible bundles.

They said that they need fewer channels and more comprehensive rights for the channels they did carry to meet demand for catch-up viewing and app-based multiscreen viewing.

Pay TV is still a growing business in Croatia, he said. However, fragmentation and the appearance of the likes of Amazon and Google is something that TV operators and channel providers have to prepare for.

Breskovic said that in the past the volume of channels was the USP for TV operators. However, customers now only really watch 10-15 channels out of 100, and five of those are typically sports channels. This means that big bundles of channels will increasingly become unsustainable.

“We will see a time when operators will not stand for bundling per se. They will cut down and start with new guys who are more flexible. We have the touch-point with the end customer and we can convince the customers which channels are best. But there just needs to be an adjustment in the business model,” he said. “Statistics show that when a provider fragments his line-up, viewership goes down. I’d rather pay the same for a better quality channel.”

While arguing that there was a need for change, Breskovic did say that the content business was moving in the right direction by focusing on series for SVOD rather than movies. “Where we see real value is getting [content] first, hot from the US, with quality programmes from new studios – we see a change in the industry,” he said.

Francetic said the bulk of the business is still focused on linear TV, but consumers want to watch on-demand and OTT content. He said that having multiple channels from single providers did not necessarily secure many more viewers. However, customers now expect catch-up on each and every channel.

It is therefore important to secure the rights for across platforms across existing channels rather than provide new channels and it remains a problem that some big content providers can’t extend these rights to operators, he said.

“Catch-up and multiscreen is now what people expect from a pay TV platform rather than linear TV,” said Francetic.

Also sharing the stage, Simon Slonjsak, head of triple-play and pay TV operations, Telekom Slovenia said that most viewers watch about 20 channels and that there will come a point where it makes no sense to add more channels to the platform rather than to add new non-linear functionality to prepare for the challenge of internet companies. “We have to prepare for YouTube,” he said.

Half of subscribers in Slovenia use catch-up services, said Slonjsak, claiming that there is a need to share risk more between content providers and operators. “Content providers need to fight for the minutes of viewing they get and not stand by,” because they have sold a bundle of channels, he said.

For the content providers, Bartosz Witak, SVP and general manager, Viacom International Media Networks, CEE and Israel said that even in the most developed TV markets, linear TV is still dominant.

Recent research across multiple countries had confirmed that 85-92% of content consumption was still linear he said. “Old-school TV is still ruling the house and people go there first.”

Witak said that younger kids are still watching the same number of minutes of linear TV, albeit on multiple devices, while over 45s watch a lot of linear TV on the main screen. He said that the most difficult audience is 15-24 year-olds, who are less loyal and are looking for multiscreen experiences.

He said that content providers have to make their proposition as strong as possible and to acquire all the rights that are necessary as far as possible. However, “additional digital rights across any dimension involves cost”, he said. “Not everything we offer is 100% owned by my company. We also have third-party content. It is much easier to discuss with owners the content that we provide.”

Michael Moriarty, president AMC Networks International, said that linear and non-linear could be viewed as a package. Most conversations between content providers and operators were around catch-up rights and multiscreen viewing, however, rights remain problematic, he said.

“AMC has global brands where we create a lot of the products and we have those rights. For MGM content sometimes we can’t find the catch-up rights and we can’t provide it.”