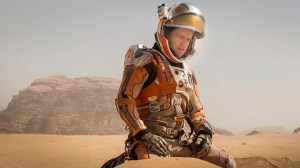 The rebrand will take effect across the pay TV operator’s footprint with the Austrian, German, and Italian services also launching the new service.

The change kicks in on July 8, and Sky said the new HD channel will have a movie premiere a day, an expanded on-demand library, and new pop-up channels.

The daily premieres marks an increase on the four Sky Movies currently offers. The pay TV window for features means Sky will be able to screen new films eight months after their theatrical release.

July and September premieres include Spectre, Steve Jobs, The Martian and Bridge of Spies. Sky Cinema also has rights to the Star Wars franchise, with Star Wars Episode VII: The Force Awakens on the channel from August.

The on-demand line-up on the new service will increase by 20%, taking the total to 1,200 movies. A new world cinema slot, on Wednesdays at 10pm, will highlight international movies.

There will also be, Sky said, more pop-up channels. The 20th Century Fox-backed platform has already launched 007 and Harry Potter pop-ups, and will now run one per month. Disney-Pixar, Star Trek and Superheroes, and dedicated channels showcasing the work Tom Cruise and Tom Hanks are all in the works.

Ian Lewis, Director of Sky Cinema, Europe said: “Customers want a breadth of the latest quality films to enjoy with the flexibility to watch whenever they want and on whatever device they choose. Sky Cinema builds on this commitment with even more premieres and instant access to an unrivalled library of the latest blockbusters and classic films.

“A better service needs a new name and Sky Cinema is about delivering the ultimate offering for movie fans everywhere.”