NEM: OTT ‘will not make money’ in CEE 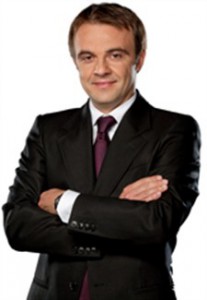 OTT in central and eastern Europe faces significant challenges and players in the OTT market are unlikely to see significant revenues from services in the medium term, according to executives from the region taking part in a panel debate at the NEM event in Dubrovnik, Croatia, this morning.

“Piracy is the primary obstacle. When we launch a series it is available on pirated sites. I see this as the primary problem. There is also the problem of broadband penetration and [low income],” he said. “There will be no real growth for OTT in the region until we get over these obstacles.”

While premium OTT is problematic, Mavric said that in the longer term it could pose a competitive challenge to pay TV, with limited income leading to viewers making a choice between OTT and pay TV. “I believe that OTT, because of its flexibility and convenience, may be at the forefront,” he said.

Mavric said that CME had been the first to bring OTT to the market in the region. He said that bundling content and offering more hours made more sense than launching transactional VoD or investing in premium content for online platforms only. He added that Nova TV had seen “steady growth” despite the numerous obstacles to OTT gaining traction.

“We have been here for several years. Generally in Croatia we base our service on our own domestic production which proved to be the right strategy,” he said. “Our brand, the strongest in Croatia, helps us position our OTT service on the market. You need some competitive edge. Our own production gives us differentiation.”

“I don’t see it being a big part of our business [in the near future],” said Francetic. He said that the small size of the markets, the challenges in investing in original content and the difficulty of achieving scale were significant hurdles.

Francetic said that cord-cutting was unlikely to develop significantly in CEE. Whereas typical US cable subscriptions are in the range of US$100, in CEE OTT offerings were “half to two thirds” the price of multi-play packages from pay TV operators.

He said that the market “still needs education” in addition to the other challenges. However, the launch of bundled offerings by existing pay TV players could lead to development. “To bundle OTT with a basic subscription means that people will eventually see they need it.”

Francetic said that Telekom Austria did have “multiple points of contact with OTT”. Multiplay packages are part of Telekom Austria’s offering across the region and “it is important to offer OTT” as part of that. However, he said that the telco was still at an early stage. He added that the operator would build its own OTT platform to encourage consumers to take its content on multiple screens, and then partner with content providers to build revenue.