Exclusive sports deals ‘not sustainable’ if prices go on rising 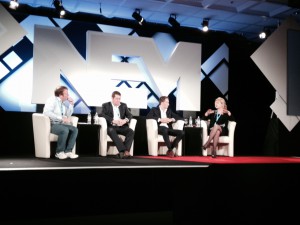 TV platform operators – at least in smaller markets – are increasingly like to step back from acquiring exclusive premium sports rights as new players like Eurosport-owner Discovery Communications drive prices up, attendees at NEM in Dubrovnik heard this morning.

Speaking on a panel session at the Croatian event, Richard Breskovic, director of marketing at Deutsche Telekom-owned T-Hrvatski Telekom said that his company had built its TV business on premium sports. “When we started it was a good decision and the price matched the value. But with big players aggregating internationally, such as Eurosport, it is becoming a tougher game.”

Breskovic said that while investing in sports rights made sense now, at some point it would be worth taking the hit in terms of churn if the price of rights continued to increase. Operators would still seek access to the content, albeit on a non-exclusive basis, he said. “We are already getting prepared as this is not sustainable in the long run.”

Breskovic said that operators could “leverage other USPs” than sports, which ultimately appeals to a limited segment of the audience. This would have an onward impact on the model of players like Eurosport, he said. “For the moment prices are still bearable. At some point we may say, ‘this has gone too far’ and leave it to the big players. Then people like Eurosport will have to think about how to monetise via partnerships or other technology. There will be a tipping point where sports stops growing.”

Breskovic said that some operators are running successful businesses without sports rights, and added that players like Eurosport would find it tough to target end-consumers without striking partnerships with operators. “Sports rights holders will have to find other means of growing than selling rights at higher and higher prices to operators. Discovery and Eurosport face a big turnaround talking to end-consumers. It is a completely new ball game and we are better than they are at that. That is why I believe we will find a compromise.”

He added that he expected the Croatian market would move to the ‘no single buyer’ system now gaining traction across Europe for regulatory reasons and said that some markets had seen regulatory moves to prevent single buyers acquiring rights. “We have to wait for the Croatian football federation to decide but it is going in this direction in Croatia too.”

Addressing the possibility that big internet companies would target premium sports, Breskovic said that big markets would be impacted first by major internet players, but the likes of Netflix and Amazon could then turn to smaller markets. Nevertheless, he said he was hopeful that operators could fend off the challenge. “How we can manage disrupters is to get our content on all platforms. We want to get the customer acquainted with using new ways and connecting the smaller devices and becoming the OTT player in advance of the new entrants,” he said.

Breskovic said that convergent offerings and putting key properties on mobile would be key to making additional money from rights.

Speaking on the same panel, Sascha Kojic,VP of sports at Discovery Networks CEEMEA, said that broadcasters had to amend their model to the market and the business model of affiliates. “We decided to go for more premium sports market by market,” he said, pointing to the acquisition of selected football rights in Poland and Romania ahead of its recent investment in the Bundesliga.

Kojic said that Discovery would continue to invest in premium rights and added that “OTT is not a threat but an opportunity”, enabling Eurosport to offer content via Eurosport Player, for example. “The vision for Eurosport Player is to be the Netflix of sport,” he said.

Kojic said that operators are limited to specific territories, unlike Eurosport, and this would influence which rights different players invested in. However, targeting a mainstream audience with key rights would be central to Eurosport’s strategy, he said. “[A] long-tail in sports doesn’t exist any more. Sports rights are expensive relative to the audience and investing in rights on a long-tail perspective doesn’t work,” he said. “In almost every country the key subscription driver is sports. This is why sports are valuable.”

Kojic was sceptical that platform operators would exit premium sports. He said that it was not easy for platform operators to grow their business by other means than sport, claiming that “sports rights will be a key asset going forwards”.

Also speaking on the panel, Dobromira Boyadjieva, strategy consultant at Arthur D. Little, said that sports remained a core battlefield for pay TV operators after movies and series had been captured to some extent by OTT entrants. She said that her company had calculated that operators can increase households connected by 5% and decrease the payback period in investing in fibre by one year by investing in sports. “In Greece the incumbent OTE broke the sports right monopoly of Nova and got 100% of [network] gross additions in that year,” she said.

Boyadjieva claimed that new partnerships were being formed to acquire sports rights ahead of new entrants across multiple markets. Other players were forming partnerships internationally to “counter the threat”, she said.