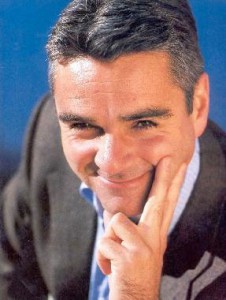 Former Wananchi Group and Ono CEO Richard Alden was formally charged with murder at a court hearing on Friday.

Alden pleaded not guilty and a bail application will reportedly be heard on June 16. He was arrested last week after a woman, Grace Wangechi Kinyanjui, was shot at his home in a suburb of Nairobi.

A spokesperson for the Alden family told the Telegraph: “We wish to inform the general public that although Richard was today charged with the offence of murder, investigations are very much still ongoing.

The news came as members of Kinyanjui’s family told the paper that the preliminary finding of the post-mortem report indicated that Kinyanjui had been shot from behind and prior to the incident was in good health.

Alden’s lawyer claims that Kinyanjui shot herself while Alden was in a different room at his house. However, police investigating the case said her injuries were consistent with murder.

Alden was appointed CEO of Kenya-based free and pay TV broadcaster and channel provider Wananchi Group in 2013. His term in the post ended in November and he was replaced as CEO by Santiago Benedit, formerly chief financial officer at VimpelCom Group-owned Orascom Telecom Algeria/Djezzy.

Alden served as CEO of Spanish cable operator Ono from 1998-2009, when he was replaced by Rosalía Portela. He subsequently served as president of European operations at US software company TOA.

Alden also served on the board of Basque Country regional cable operator Euskaltel until last month.