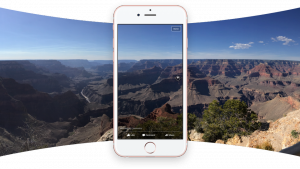 The new feature, which follows the rollout of 360-degree video support by Facebook last year, will let web users click and drag to look around pictures, while mobile users will be able to look around by moving their phone.

Beyond News Feed, Facebook said that users will also be able to explore Facebook 360 photos in virtual reality with the Samsung Gear VR, powered by Oculus.

“Along with 360 photos from your friends and family, you can discover stunning new 360 photos on Facebook from public figures, publishers, and other organisations,” said Facebook product manager, Andy Huang.

“360 photos give you the ability to take the stage in front of 100,000 fans with Paul McCartney, get behind-the-scenes access to the Supreme Court via The New York Times, visit the International Space Station with NASA, and more.”

The new functionality is available now on Facebook via the web and the latest version of the Facebook app on iOS and Android. Facebook users will be able to share their own 360-degree photos on the social network “over the next few days”.