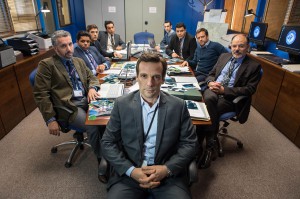 Amazon Prime Video has acquired French dramas for the first time, as speculation over an international SVOD launch grows.

The platform has bought The Bureau, which comes from Federation Entertainment and The Oligarchs Productions, and Baron Noir, which Eric Benzekri and Jean-Baptiste Delafon created.

This comes soon after the European Commission indicated plans to force SVOD platforms such as Amazon and Netflix to ensure 20% of their catalogue is European.

It also comes amid increasing speculation Amazon will expand its streaming service beyond the US, UK, Ireland, Germany, Austria and Japan with a full international offering. Earlier this week, Ampere Analysis said such a launch was “imminent”.

The new dramas will launch on Amazon later this month, with season one of The Bureau debuting on June 17 and season two going out on August 26.

The Bureau follows a member of a clandestine branch of the French Secret Service, who returns home after a six-year mission in Damascus.

Baron Noir, which Pulp Fiction’s Ziad Doueiri directs, follows a French politician who wants revenge against his political enemies, while concurrently fighting to save his election after he is double-crossed.

Other recent Amazon acquisitions include AMC martial arts drama Into the Badlands and ITV’s children’s toon Thunderbirds Are Go.