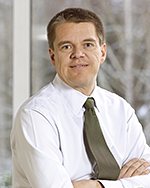 Upgrading cable networks to 1.2GHz is a huge project that requires detailed tailoring on a network-by-network basis, according to cable access technology specialist Teleste.

“We now have the first experience of what it takes to build a real network,” said Hanno Narjus, SVP, video and broadband solutions, Teleste, speaking at a press conference organised by the company at ANGA COM.

“All of our products are now 1.2GHz capable and capable of higher return path capabilities. The challenges are more around network concept designs. There has been research on how networks behave with full DOCSIS loading up to 1.2GHz. We can plan network topologies we know will be future proof.”

Narjus said that Teleste had developed capabilities to help operators design their networks and run the rollout in a fast manner. “We do much more than just provide the boxes.”

He said that upgrading the whole network was a huge project; products are now available for the entire chain that the company has made a huge effort to develop high-volume manufacturing capabilities and test and verify products up to 1.2GHz.

“Full control of our own manufacturing has speeded up the whole process,” he said.

“You need to know and analyse the entire system,” he said. “That requires deep down HFC and DOCSIS competence.” He added that detailed network design is key to a successful deployment.

“There is a sense of urgency and operators want to do it within two years. You need to plan the project well. You can use the intelligent features in our devices, for example, to optimise the project rollout and deploy with non-expert technicians.”

Narjus said that another bottleneck is a shortage of adequate skills in HFC engineering in Europe and cited its real-life deployment with DNA in Helsinki as evidence of its expertise.

DNA has 600,000 cable homes connected and is also a nationwide mobile telco. The company also runs terrestrial broadcasting networks. DNA is now offering a 1Gbps service commercially using DOCSIS 3.0 technology, with use of the older less bandwidth-efficient DOCSIS technology enabled by the absence of analogue TV in the network.

Narjus said that the continued presence of analogue TV remains an issue for other European operators, which lack the space to deploy DOCSIS 3.1 on top of their existing services.

DNA is now deploying a DOCSIS 3.1 modem and is able to deliver 3Gbps over its network, having set that record on May 9 in a test. It plans to upgrade a network in southern Finland to 1.2GHz including up to the last amplifier. It will then test a 200MHz return path and wants to be first globally to do this.

Narjus said that operators have to provide a consumer experience that matches FTTH. He said that the work required attention to detail and added that “small details such as loose connectors” are becoming ever more important because LTE frequencies are now overlapping with cable frequencies. “These details have to be right,” he said.

“Ingress is now even more important to combat. We are putting more ingress blocking capabilities in the amplifiers. The next step is to provide network centre operating tools. Intelligence in general is becoming a necessity and it can only be utilised with good tools.” Teleste’s key product in this area is Argus CATVisor.

Narjus said most operators – with the exception of those in Germany, where there are specific network peculiarities – are looking at least at deploying 1.2GHz components in their networks but added that upgrading to 1.2GHz all the way to the home is difficult.

Narjus said that “DOCSIS 3.1 is not the end of the game” and that the evolution of the cable access network architecture will see cable networks migrate to data network architectures. “We are doing remote PHY for a distributed CCAP architecture,” he said. “For that CableLabs has already made a standard and we are pushing that. There is also a need for multi-vendor interoperability testing. We are active in talking to other players in the industry about that,” he said.

Teleste is showing a Remote PHY node on its stand at ANGA COM which enables both DOCSIS and DVB TV signals to be delivered via the node. This is a joint product with Casa Systems.

“This is an early implementation not fully compliant with the CableLabs standard but we have a roadmap towards standards and interoperability,” said Narjus. “This DOCSIS 3.1 distributed architecture with interoperability will be a big talking point at next year’s ANGA COM.”

In addition to DNA, Teleste is working with Telenor, Altice Group, Integan, and other operators to upgrade their spectrum.

“We think this is a world record,” he said, adding that Europe was far ahead of the US in upgrading to 1.2GHz. “In the US the cable MSOs have not had motivation to extend up to 1.2GHz. They have looked instead at optical segmentation.”