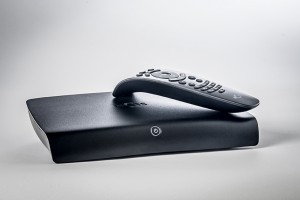 The new service will run via Arris’ ZD4500 set-top box, will be powered by Espial’s G4 STB Client and will mark the first European deployment of the RDK 2.1 environment.

Speaking to DTVE ahead of yesterday’s launch, NOS’s head of development, Pedro Bandeira, said that the release will be backed by the biggest marketing campaign since the merger of the ZON and Optimus brands in 2014 to create NOS.

Describing the operator’s 4K plans, Bandeira said that NOS will broadcast “almost 50% of the games” in the forthcoming Euro football championships in 4K on Sport TV – a major Portuguese sports channel that is 50% owned by NOS.

For the rest of 2016, NOS will focus its 4K efforts on sports and music festivals – with the operator the main sponsor for the NOS Alive festival in Lisbon next month.

“For 2017, as it gets cheaper also to invest in 4K, we also own a lot of movies and series channels, and we will eventually also invest to have 4K content on those channels,” he said.

The new Uma TV apps mark an evolution in NOS’s multiscreen strategy, as the firm’s full TV content offering will now be available on mobile devices. Previously NOS only offered a subset of its content across devices.

“Now the user knows that everything that he can do in his home he can also do when he’s on vacation or away,” said Bandeira.

The service will also include apps such as YouTube at launch, with other services, such as Netflix, likely to be added in due course.

“We see ourselves as the window of content discovery and content usage for our customers. We just see the Netflix and the Hulus of this world as new-generation channels,” said Bandeira.