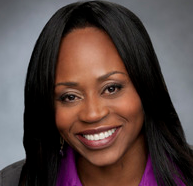 Igbokwe moves across from NBC Entertainment where she was EVP, drama programming, to take the chairman role at Universal Television.

She replaces Bela Bajaria who left Universal last week after under a year in the job.

Prior to NBC she was at premium cable net Showtime for two decades, working with Bob Greenblatt, who is currently chairman of NBC Entertainment.

Her credits include Dexter, Nurse Jackie and Masters of Sex for Showtime and The Blacklist and Blindspot for NBC.

she continues to report to Jennifer Salke, President, NBC Entertainment, in her new role atop Universal Television.

“Her leadership, vision and taste have resulted in an impressive string of drama successes — from The Blacklist, Blindspot, Chicago Med, Shades of Blue and the upcoming series This Is Us, Timeless and Taken — that coincides with our return to a top position among networks,” Salke said.

“Pearlena also comes to the job with a wealth of experience in television movies and comedy and we have no doubt she will lead our prolific studio forward in a dynamic way.”