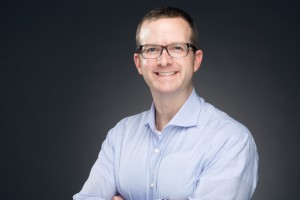 Speaking at the Code Conference in California this week, Schroepfer said that VR was one of three core components to Facebook’s 10-year roadmap – alongside artificial intelligence and connecting even more people to the web.

“It took 10 years for smartphones to get to a billion people. There’s no reason this can’t get there, but it will take time – people have to have patience,” said Schroepfer referring to the adoption cycle of VR.

“I think you will see iterative development on this. Headsets will get easier to put on, they’ll get smaller and lighter, the resolution will get better, the content will get better.”

The Facebook exec said that the social network was committed to VR technology and will continue to build in this area – even if rivals decide VR is a ‘fad’ and lose interest.

“We do think it is a transformational technology. It’s like the ultimate empathy device. [If] you want to really know what it’s like to be inside someone else’s shoes, I don’t know of another technology in the time where I’m going to be alive that is like this,” said Schreopfer.

He said that VR was “the closest thing we’re going to get to a teleporter” and had interesting applications outside of gaming in terms of connecting people and social interaction.

“This is a technology that I think is going to erase geographic boundaries for people,” he said, adding that the team that is working on VR experiences inside of Facebook already conducts its Friday afternoon meetings in VR.

Describing Facebook’s 10-year plan, Schreopfer said: “There’s three things we’re focusing on: connecting the 4 billion people who aren’t on the internet; building AI so that we can all deal with the mass of information out there and break down any barriers people have to communicating; and building VR and AR technologies to allow us to have rich social experiences with people even if we’re hundreds or thousands of miles away.”

Facebook’s COO Sheryl Sandberg, who appeared alongside Schreopfer at the Code Conference, said: “At the end of the day, Facebook is about people connecting. Our mission is to give people the power to share. And anything that makes that sharing more real, gives us more empathy towards each other, that’s something we’re for.”

Facebook started to roll out 360-degree videos in the service’s News Feed last September, having closed its US$2 billion acquisition of VR headset maker Oculus in 2014.

In April, Facebook CEO Mark Zuckerberg said that more than 2 million hours of video have now been watched on Oculus-powered Gear VR headsets.