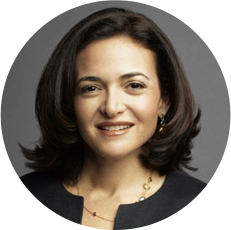 Facebook’s chief operating officer, Sheryl Sandberg has poured cold water on speculation that she could take the top job at Disney.

Speaking at the Code Conference in California, Sandberg said “I don’t want another job, I love Facebook” when asked if she wanted to be the CEO of Disney.

Describing her job at Facebook, Sandberg said the company had an “incredibly close team,” and that she is working on something she “really believes in”.

She added that during her time at the firm the social network had already grown from 70 million to 1.65 billion users as part of Facebook CEO Mark Zuckerberg’s vision to “connect the world”.

In April a number of press reports suggested that Sandberg, a Disney board member, could be in the picture as a possible successor to CEO Bob Iger.

This followed the news that Disney COO Thomas Staggs, the heir apparent to Iger, was leaving the firm.

Iger’s contract as Disney CEO is due to run out in 2018 and as recently as last month he said he has no plans to extend his contract.