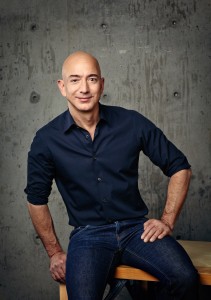 Amazon CEO Jeff Bezos called for “acceptable business terms” for its Prime Video service if the company is to resume selling Chromecast or Apple TV devices.

At the Code Conference in California, Bezos responded to a question about why the Amazon store stopped selling the rival devices to its own Amazon Fire TV line of products last year by referring to “private business discussions”, which he would not divulge.

In a wide-ranging interview, covered by the conference organiser and tech news site ReCode, Bezos claimed that Amazon’s Prime Video service does not compete with Netflix as “people are going to subscribe to both.”

He also said that Amazon was deeply committed to making its voice controlled speaker, Amazon Echo, and its Alexa voice service a major part of its business in the future.

“We’ve worked on it behind the scenes for four years and we have more than 1,000 people dedicated just to Alexa and the Echo ecosystem,” said Bezos.

“We have now a big set of third party apps – Alexa skills – that people have built using our SDK and there’s so much more to come. It’s just the tip of the iceberg.”

The Amazon Echo went on general release in the US last summer, meanwhile Amazon launched its Prime Video service as a standalone offering in the US for the first time in April.

During its Q1 earnings call the same month, Amazon’s chief financial officer Brian Olsavsky said that Amazon Prime had experienced “very strong growth” and that the company plans to “significantly increase” spend on Amazon Originals content in the coming quarters.