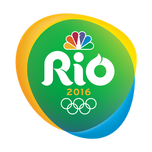 NBC said it will deliver 4K, UHD coverage to cable, satellite and telco providers and other partner on a one day delay.

This UHD footage will include the Olympics opening and closing ceremonies, swimming, track and field, judo, basketball, the men’s football final.

“The Olympics have been a consistent driver of technological advancements, and Rio will be no different,” said Gary Zenkel, president, NBC Olympics.

“The stunning backdrop of Rio combined with the world-class competition of the Olympics will give the American audience a spectacular early look at this impressive new technology.”

NBC Olympics will distribute the UHD coverage provided by Olympic Broadcasting Services (OBS) and Japan’s NHK, which have been working together on 8K technology since the London Olympics in 2012.

OBS CEO, Yiannis Exarchos, said that OBS and NHK will offer a “4K feed for a number of sports, down-converted from the original 8K, to NBC and other interested rights holding broadcasters around the globe.”

Separately the BBC announced that it will make more than 3,000 hours of Olympics coverage available across all BBC platforms.

The UK public service broadcaster has pledged to deliver “every single moment of Rio 2016” online via up to 24 live HD video streams – offering the same comprehensive coverage that it did for the London Olympics.

It will also broadcast 550 hours of footage on BBC One and BBC Four and provide “full coverage” on BBC Radio 5 live.

“The BBC’s coverage of London 2012 was the most watched TV event in UK broadcasting history and we are committed to bringing the same high quality, in-depth coverage to Rio 2016,” said director of BBC Sport, Barbara Slater.

“The incredible offering across all our platforms will deliver every moment of the games through a truly interactive, personalised experience, while at the same time fully immersing audiences in this iconic sporting event just as we were so proud to do four years ago.”

The Rio Olympics will run this summer from August 5 to August 21.