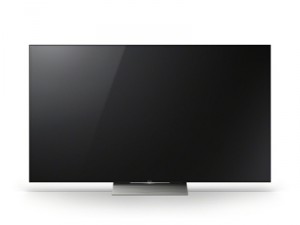 By the end of this year one in eight homes in North American – some 11 million households – will own an Ultra HD television, according to Strategy Analytics.

The research firm said that price drops to “increasingly affordable levels” and changing product line-ups will contribute to the growth, with almost half of North American homes tipped to own at least one Ultra HD TV by 2020.

More than 80% of all Ultra HD TV shipments in 2015 were 50-inch or larger displays and by 2020, all 40-inch or larger TVs sold in North America will be Ultra HD models, said Strategy Analytics.

It predicts that TVs that have 50-inch screens and larger will still account for more than 50% of Ultra HD TV demand in the region by 2020, and claims that the North American appetite for very large TVs has been “a key factor in the rapid uptake of Ultra HD TVs across the region”.

“The uptake of Ultra HD bears many of the same hallmarks as the early days of ‘basic’ HD in that TV manufacturers have been very quick to seed the market with the necessary displays but there is very little in the way of content in order to take advantage of the full potential of the technology,” said Strategy Analytics connected home devices analyst, Chirag Upadhyay.

“In the case of Ultra HD, streaming services such as Netflix and Amazon are offering some Ultra HD programming but with less than 10 full time Ultra HD channels operating globally today, most consumers have to make do with generally less than impressive up-converted content.”

Ultra HD TV ownership levels are highest in North America, though China leads the way in terms of units shipped with up to 25% of annual domestic shipments from companies like Hisense, TCL and Skyworth being Ultra HD in 2015, according to the research.