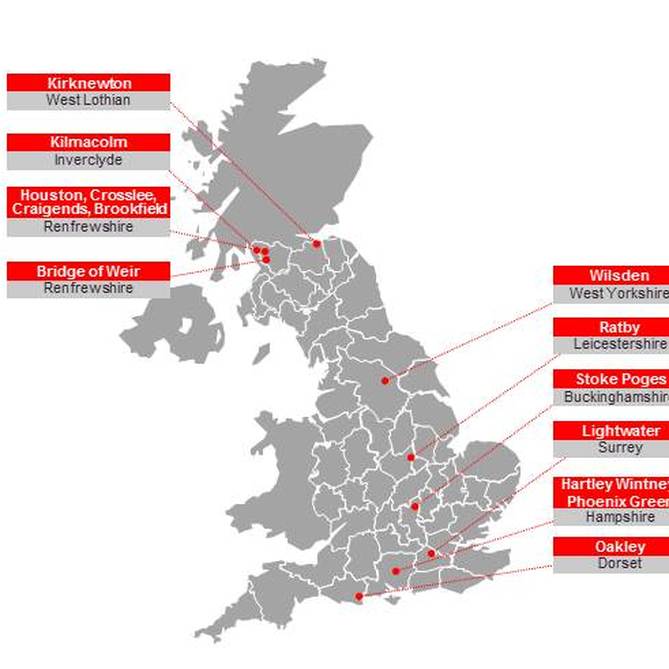 Virgin Media has named 10 communities in England and Scotland that will benefit from an “ultrafast broadband and entertainment boost” this year.

The villages will be connected with fibre broadband that is run directly to homes and businesses, with the investment forming part of Virgin Media’s £3 billion (€3.9 billion) Project Lightning network expansion.

Four of the communities are in Scotland: Kirknewton (West Lothian);

Virgin Media recently committed to connecting fibre-to-the-premise (FTTP) to at least a quarter of the 4 million additional homes and businesses being added to its network as part of Project Lightning. These 10 communities will be some of the first to benefit from this pledge, according to Virgin.

UK digital economy minister, Ed Vaizey, said: “This is fantastic news for the communities who will now be able to benefit from all that ultrafast broadband offers. I’m particularly pleased to see almost half of them are in Scotland.

“Continued commercial investment like Virgin Media’s ‘Project Lightning’, together with the rollout being delivered by the UK government and local authorities, means more UK homes and businesses will benefit from faster speeds, whether they’re in the remote countryside or in city centres.”