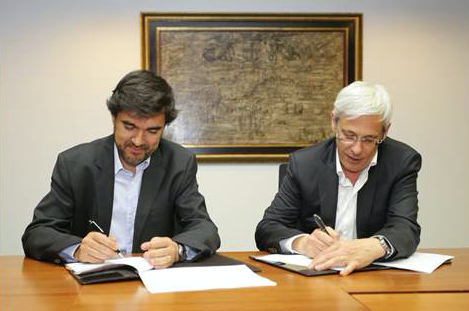 Portuguese service providers Nos and Vodafone have struck a deal to share their national and international sports content.

The deal is designed to ensure that football matches based on rights held by each player, as well as distribution rights to sports channels and football club channels.

The agreement will take effect from next season, ensuring that all customers of both operators will have access to Benfica Channel and Benfica home matches, regardless of the channel that transmits the matches.

The pair said that their agreement dould be extended to other operators in Portugal, and that they shared a joint commitment to an open market where access to relevant content is available to all.

Nos CEO Migual Almeida said that the agreement was a key step in the implementation the company made to ensure that sports content was available to all operators.

Vodafone Portugal CEO Mário Vaz said that the deal represented a “very important and decisive” step for the company as it allowed to “fulfill the promise to bring our customers the content they value” as well as laying the foundations for a market that ensured open access to content.

Nos secured the rights to Benfica’s matches at the end of last year in a €400 million deal, beating competition from Portugal Telecom/Meo.

Portugal has experienced ongoing problems in reciprocity of sports rights. In February, Meo pulled Porto Canal, the channel of the FC Port club, from Nos’s platform after the pair failed to strike a deal.

The Portuguese football championship is broadcast on the Sport TV channel owned by Nos and Portuguese businessman Joaquin Oliveira, although Benfican home matches have been exclusive to the Benfica TV channel this season.