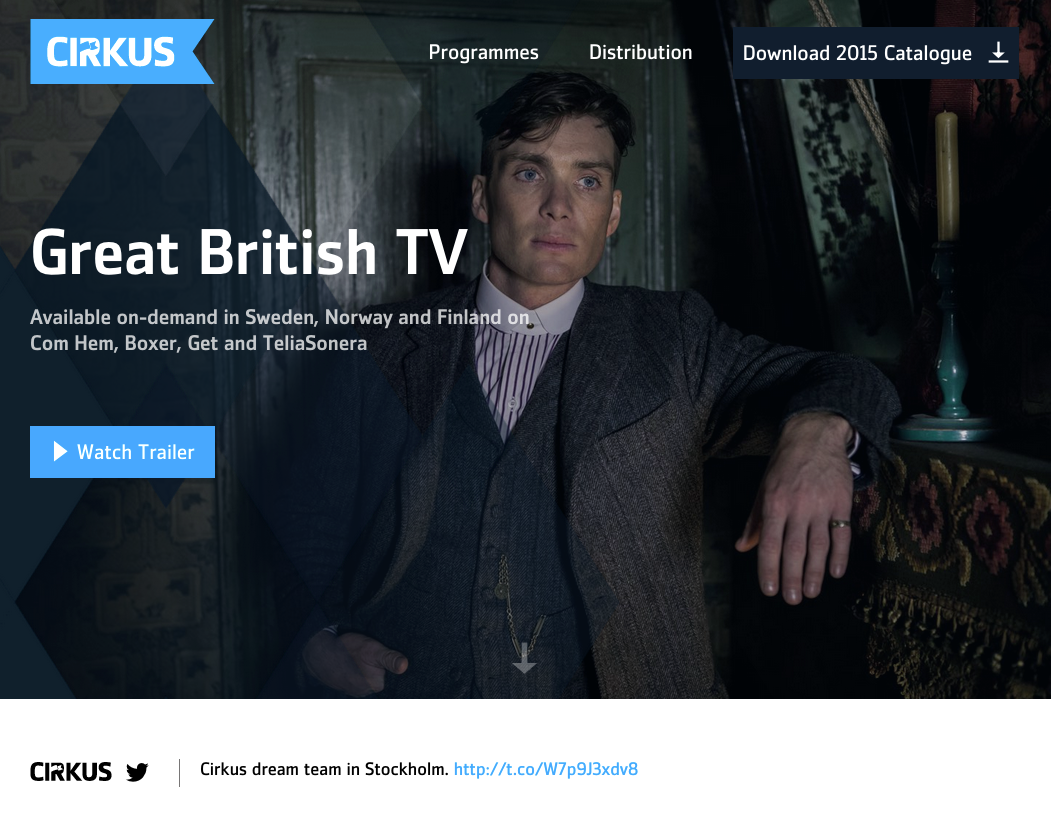 ITV has taken a majority stake in Cirkus, the best-of-British on-demand service.

The UK broadcaster was already a minority shareholder, but has now upped its ownership level in the streaming service.

Financial details were not broken out but Martin Goswami, ITV director of pay and distribution, said: “Cirkus is an important part of ITV’s international pay television distribution strategy.

“We look forward to accelerating the growth of the business through investment in exclusive content rights and supporting its development as it expands into new territories.”

Cirkus was launched in 2013, as first reported by DTVE sister title TBI, and ITV’s initial investment  was made a year after. The platform packages UK content from a range of suppliers including BBC Worldwide and Endemol Shine Group.

ITV Studios is also a supplier, giving titles including Poldark, Vera and Lewis to Cirkus for its British-flavoured on-demand service that pay TV operators can add to their line-up as they compete with the likes of Netflix.

Cirkus has launched services with Boxer and Com Hem among others in the Nordic region, and has branched out from drama to factual with the launch of the Curio brand.

In recent times it has started to take exclusive rights to shows including ITV-distributed Victoria and Content Television’s Line of Duty.

Cirkus bosses Mark Bradford and Hugh Williams jointly said: “ITV’s decision to step-up its investment is a tremendous vote of confidence for Cirkus.

“Being the Nordic on-demand TV business of one of Europe’s largest and most successful vertically integrated content and television businesses will strengthen our position in the market enormously.”