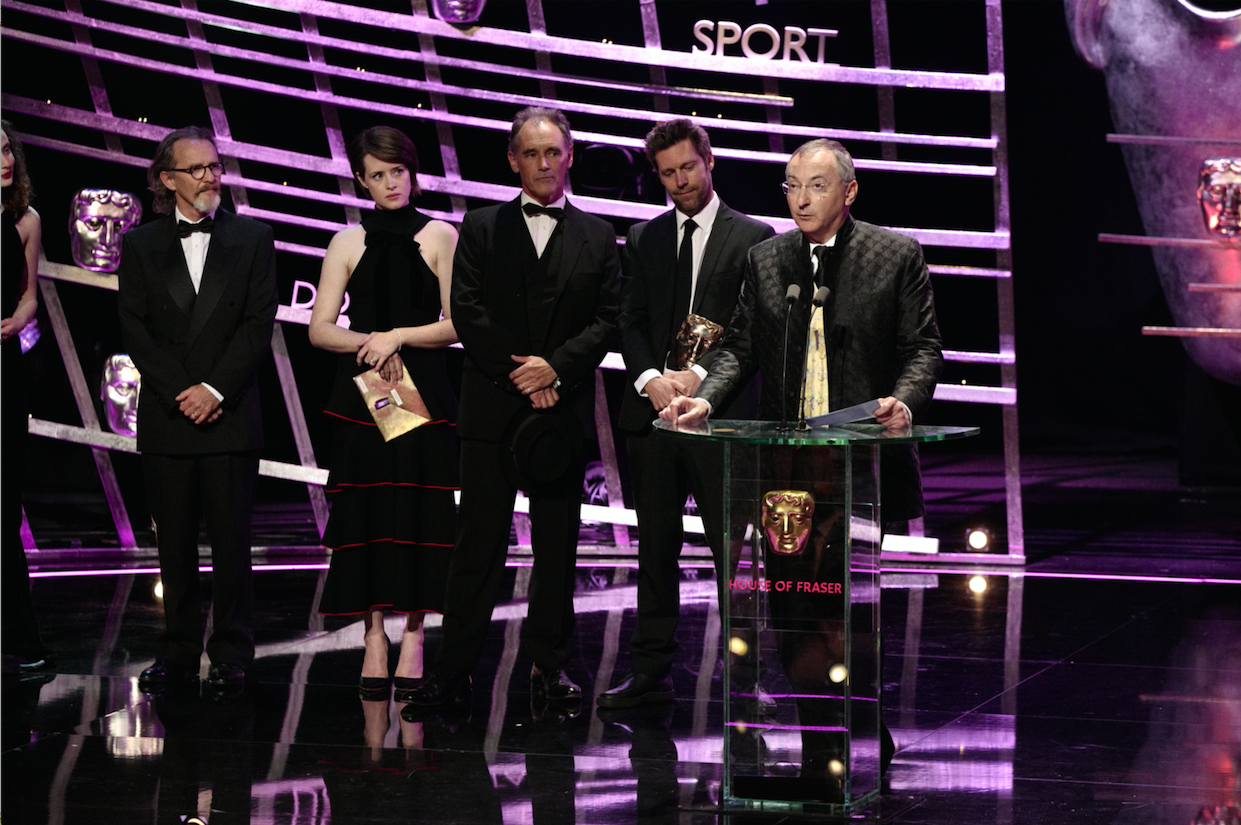 Several actors and TV industry names used their BAFTA award acceptance speeches to register strong support for the BBC, just days before the publication of a government report on the future of the UK public broadcaster.

Wolf Hall pair Peter Kosminsky and Mark Rylance were the most vocal on a night when their period drama scooped two of the big awards.

Accepting the best drama series accolade, the first award on the televised coverage of the awards ceremony, Wolf Hall director Kosminsky said he wanted to defend the BBC “in the week our Secretary of State John Whittingdale described the disappearance of the BBC as a tempting prospect”.

He said: “The main job of the BBC is to speak truth to power, to report to the British public without fear or favour no matter how unpalatable to those who might be in government. It is a public broadcaster, independent of government. It is your BBC.”

He added that the Corporation and Channel 4 could disappear in their current forms unless the public stand up for them. “If we don’t, blink and it will be gone. No more Wolf Hall, no more award-winning Dispatches documentaries on Channel 4, just a broadcasting landscape where the determinate of whether something gets made is if it’s likely to line the pockets of its shareholders.”

Other attendees to come out and register support for the BBC included Ian Hislop and James Nesbitt.

Hislop picked up the gong for best comedy and comedy entertainment programme for satirical news quiz Have I Got News for You.

He said: “The BBC have allowed Have I Got News For You to be rude about governments … and rude about the BBC, which is a privilege you are given with public service broadcasting and not on state television.”

Nesbitt said: “Let’s face it, everyone in this hall is able to do what they do as well as they do because of the BBC. Do not strip it away.”

The support for the BBC came ahead of this week’s white paper in which the government will outline its vision for the future of the BBC. The corporation’s governance and remit are being questioned and its entire remit and funding are under the microscope ahead of the upcoming renewal of the charter that governs its activities.