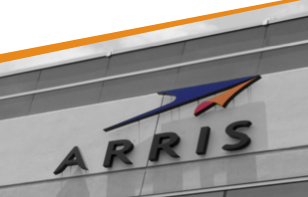 Arris said it is “increasingly confident” it will meet full year targets after getting off to “a good start” in 2016, despite reporting a massive first quarter net loss.

However, the company also said it made a US$202.6 million net loss for the quarter, compared to US$19.1 million in profit a year earlier.

Arris closed its acquisition of set-top box rival Pace on January 4 and said that US$40 million of its net loss was due to integration and other deal costs, and US$30 was due to revaluing Pace’s inventory from “historical cost to fair market value as required in purchase accounting”.

Restructuring costs of US$51 million and a US$55 million tax withholding were also contributed to the net loss, according to the firm.

Arris CEO Bob Stanzione said: “We are increasingly confident that we are on track to meet the full year targets we laid out at our recent Investor Day”.