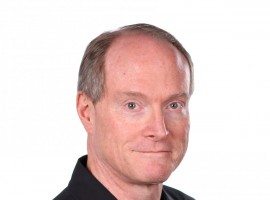 Microsoft is working on a number of new features and additions for its recently launched, business-focused Azure Video Analytics suite.

As of Q1 of this year, Microsoft offers speech-to-text processing in languages including English, Spanish, German, French, Italian and Chinese.

Emerson said that more languages will be supported in the future and that speaker detection, speech translations and live speech-to-text functionality are all also in the pipeline.

“[Azure Media] Indexer today understands eight different languages including Arabic, Mandarin, most of the European languages and shortly Japanese and it takes about two to three months for a new language to come online,” said Emerson.

Referring to the latter, Emerson said this could be deployed in set-top boxes to determine whether people are, for example, interested, paying attention, surprised, happy or disgusted by the content they are watching.