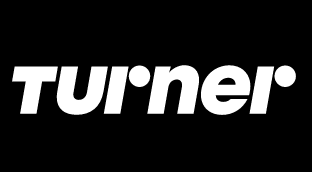 Turner Broadcasting System is going direct-to-consumer for the first time.

The US media giant has created FilmStruck, an SVOD platform that Turner Classic Movies will oversee in collaboration with the film specialist Criterion Collection.

Turner’s sister company in the Time Warner stable, premium cable channel HBO, did launch a direct-to-consumer service, HBO Now, in 2015, but this marks the first time the Turner broadcast group has gone the same route.

Turner efforts so far have been digital extensions of channels such as Cartoon Network, TNT, CNN International and truTV.

FilmStruck will launch in the US in the autumn, offering consumers “an eclectic mix of contemporary and classic art house, indie, foreign and cult films”. The library will be “constantly refreshed” and available on all devices.

Among the titles are Seven Samurai, A Hard Day’s Night, A Room With a View, Blood Simple, My Life As a Dog, Mad Max, Breaker Morant and The Player, and come from studios such as Janus Films, Flicker Alley, Icarus and Kino.

“TCM is leading Turner’s strategic move into the direct-to-consumer business with a truly differentiated and distinct streaming product that adds tremendous value to our portfolio,” said Coleman Breland, president of TCM and Turner Content Distribution.

“Together with our partners at the Criterion Collection, we are creating a must-have, premium film brand that will draw from the most celebrated movie libraries in the world.”

“FilmStruck is a terrific example of our strategy to meet consumer demand for great content across all screens,” said Martin. “It’s tailor-made for the diehard movie enthusiast who craves a deep, intimate experience with independent, foreign, and art house films.”