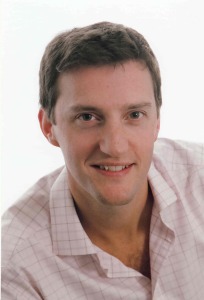 Music streaming service Deezer has ruled out a move into the video space, despite having discussed it internally.

Speaking at TV Connect in London this morning, Deezer’s managing director, UK and Ireland, Christian Harris, said: “We’ve made a very clear decision that that’s not a route that we’re going to go down.”

Harris claimed that he personally doesn’t see the “use case” of introducing video to the music service. “I don’t think that the two media sit very easily side-by-side.”

He said that music is often a “secondary activity” to things like cooking, commuting or jogging and that people are unlikely to want to pause from running in the park to sit down on a bench and watch a video.

Instead, Deezer is looking to the broaden its portfolio of podcast and other talk content, following its buyout of US podcast and talk radio programme aggregator Stitcher in late 2014.

Harris said live sports was an area of content that Deezer is also “really excited about” after Deezer rolled out its Deezer Football section in December. This launched in 15 countries and offers live commentaries in English and Spanish from around 10 matches every week.

“We acquired Stitcher just a little over a year ago and added a huge wealth of podcast content to Deezer. Last year we signed Premier League live football. Now we’re looking at other areas of talk content – always under the guise of audio specifically,” said Harris.

Deezer’s decision to opt out of video comes in spite of moves by rivals into this space. Earlier this year Spotify began rolling out video content in partnership with major media brands like the BBC and Vice Media, while in the US YouTube’s new subscription offering YouTube Red offers access to YouTube Music as part of its offering.