Amazon video service to be ‘fully open platform’ for partners 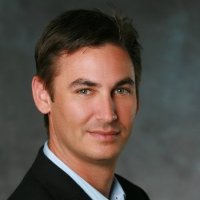 “We would like to have every digital video service and platform on our service,” he said, claiming that Amazon can help partners achieve greater scale than they would do by going it alone.

While there are currently over 100 OTT services available in the US, the business remains dominated by Netflix, with only Hulu and Amazon achieving significant reach among other providers.

Paull said that Amazon gave programmers an opportunity to take all of the programming they have in their catalogues, for which they may otherwise struggle to find a distribution platform, and make it available. “You can create SVOD services targeted at specific customer segments,” he said.

Paull told attendees that Amazon customers want more TV shows and early release movies and it makes most sense to work with third-party providers to bring them the content they want. He said this was the key incentive for Amazon in opening out its platform, rather than as a point of differentiation with Netflix, which has focused on original content and exclusive rights.

Paull said there are about 20 million US homes currently that aren’t being served by pay TV providers, over half of which have good broadband that can enable reception of services such as Amazon Prime Instant Video.

“We’ve built up a highly engaged group of [customers] and built the technology to support a wide range of devices,” said Paull. “That is a massive investment and the entry [barrier] for digital video is quite high. People expect a great and reliable quality of streaming.”

Paull said that Amazon had invested a lot to deliver video reliability and also handles the billing for its partners, which is difficult for companies to do on a standalone basis.”

He said that other benefits include Amazon’s work to integrate its service with a wide range of devices. The service provides a single app for people to locate all their programming from multiple suppliers on devices. “Most consumers just want to watch their programmes, not worry about where the buttons are inside these different apps.”

Paull said that Amazon was taking on the burden of a lot of operational work for programmers. In addition he said Amazon’s ability to collect large amounts of data from customers enabled it to see what worked and more effectively market different types of content, including through the IMDB website, which Amazon owns.

Paull cited Starz’s launch of season two of Outlander on its service, where Amazon used its data to position the show, increasing sign-ups and driving penetration of the service.

“Traditional marketing of TV shows is based on demographics. Inside of our services, we base it on behaviour, which is way more precise. If you have all this consumption data, you can market the right show to the right customer,” he said.

For Amazon, “the more programming that is inside our app, the longer people are going to spend [with us]”, he said.

Paull added that it is easy for consumers to enter and exit online video services, and getting more content can be used to combat the high level of churn experienced by OTT providers.

Using data to present consumers with other shows that they want to watch will incentivise them to stay with the service, he said. “If you provide great value, they will stay, and if you don’t, they won’t.”

Paull declined to comment on whether or when the partner programme would be extended to territories outside the US.

Addressing the recent extension of Amazon’s original programming to embrace non-scripted content, Paull said that Amazon had seen an opportunity to develop unscripted shows alongside its drama slate. The company recently announced its NFL show All or Nothing following American football team the Arizona Cardinals through their season.

Commenting on this week’s launch of the video service as a standalone proposition outside its bundling with the Amazon Prime retail proposition, Paull said that the original decision to include video in the overall Prime service was based on a desire to make the latter more valuable rather than to “create a complete market” for a standalone service.

Prime now includes video and music and other digital services. Paull said that the rationale for the latest decision to make video available on a standalone basis was the desire to give consumers additional choice. “Customers that want it on a standalone basis can now have that,” he said.